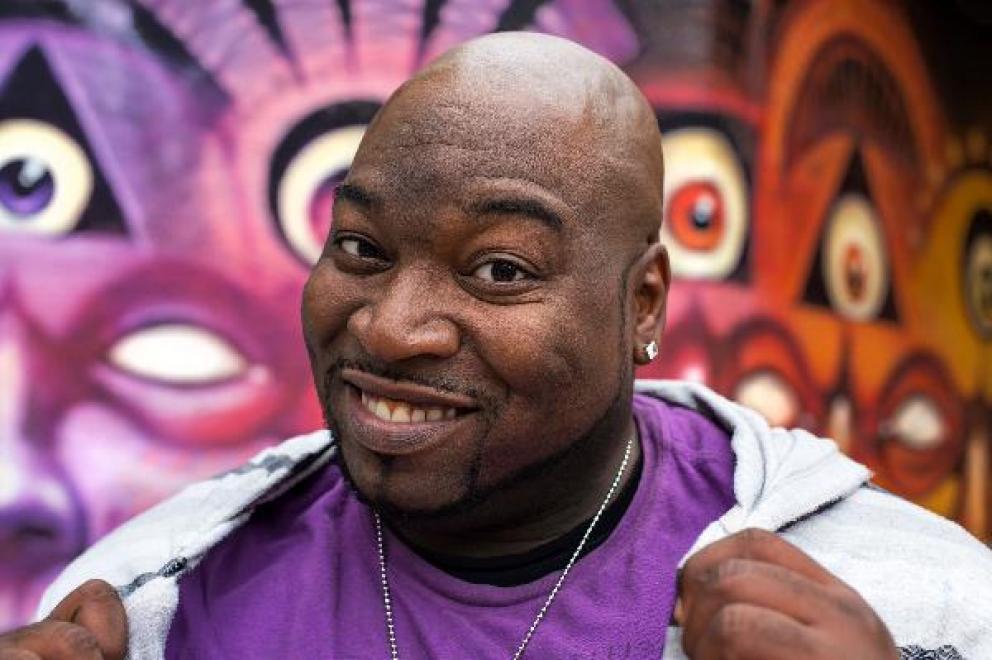 A professional wrestler turned stand -up comedian, Jay Washington’s antics during wrestling promo’s and in-ring interviews, made it almost natural for him to make the transition from the squared circle to the stage. Jay‘s quick wit, high energy, lovable personality, and size it makes him not only impressionable but also very memorable. Jay Washington made a name for himself as he has performed at, created and host monthly events, including “Laughing Insanity“, at the world famous Laugh Factory in Chicago. Jay has traveled the country headlining and featuring on various stages at comedy clubs and venues. Jay has opened the stage and performed with the likes of Tony Rock, Tommy Davidson, Lil‘ Rel, Robert Kelly, Adam Ferrara, Dante Nero, Loni Love, just to name a few. He has also been featured on various podcasts, various commercials, heard on Sirius XM, Seen on Collider Video , the NERDIST network, AfterbuzzTV and More”, host of the Mad Titan Podcast. He can also be seen in the Spike Lee Joint "Chi-raq" as well as the films GLASS JAW, IMPERFECTIONS and LANDLINE.